Steam in the living room

I find the concept of Valve making a gaming PC for the living room fascinating for many reasons. There’s the drama in a software company trying to come to grips with making hardware. There’s Valve’s determination to also introduce a new controller paradigm, which could be amazing. And there’s the chance to witness in a public forum Valve grapple with the choices between making something sufficiently cheap, quiet, small and powerful, each factor jostling against the other. Oh, also, it might spur Sony and Microsoft to adjust the very nature of the console if Valve gets it right. 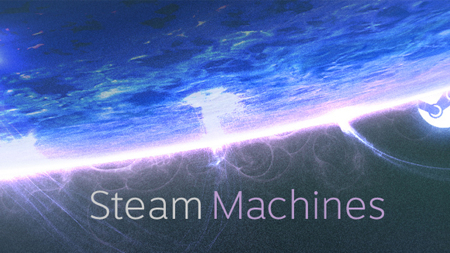 Steam in the living room could never be about closing the box and joining Sony, Microsoft, Apple and everyone else fighting over that bitterly contested space. It’d be a mistake for Valve to attempt to compete directly with such big players, especially with PS4 and Xbox One having regained the traditional console lustre that was looking so dulled when the Steam Box was first mooted.
→ SteamOS and what’s next for Valve in the living room

It gives an insight into the many variables that need to be juggled for a computer designed for the living room, and the many values that consumers have for it. Should it be cheaper than an office computer? Does it need to be small so it fits under the TV? Should it be silent, too? How powerful is powerful enough? Valve is inviting a very public form of discussion of these attributes, a contrast to the very private deliberations that have been going on in Redmond and Sony’s studios for the past few years.
→ Steam Machines will be powerful, upgradable and open – the potential is remarkable

The Steam Controller is arguably the most important part of the Steam in the living room concept, because it deals with interface; the thing you touch. It’s also the bit that Valve has never done before. Steam and Big Picture prove it can do software and service, so that covers Steam OS. It can make partnerships to make computer hardware – that’s reasonably straightforward. But industrial design? That’s new. And difficult. Especially when you’re trying to invent a whole new way of interacting with games on a TV.
→ Valve’s Steam Controller has the potential to change games in the living room

Also can I just say I (almost) called the three announcements right. Wrong order, and I expected to at least see the hardware, but friends grumbled at me because I didn’t think Half-Life 3 was coming. Yeeeah.