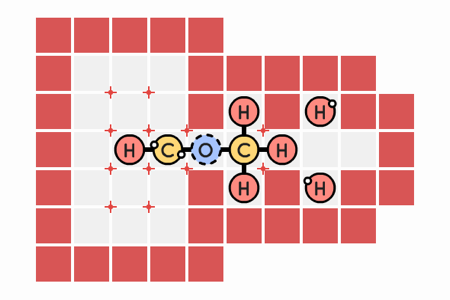 I wrote my first piece for Eurogamer on a fantastic puzzle game called Sokobond a couple of weeks ago. I don’t actually like puzzle games very much. Their typically stringent demands and lack of flexibility to explore their mechanics bores me. Sokobond is completely different.

To me, the best puzzle games feel like they’ve been discovered, not designed. Like they’ve always been there, waiting for someone to come along and uncover them. In the world of puzzle games, developers like Drop7 co-creator Frank Lantz are scientists or explorers, unearthing perfect gems which shine with a complexity that unfurls from a set of simple rules which, once you’ve grasped them, feel like natural laws. Sokobond is one of these puzzle games - and fittingly, when you start playing it, it feels like a game you’ve discovered, too.
→ Read in full at Eurogamer