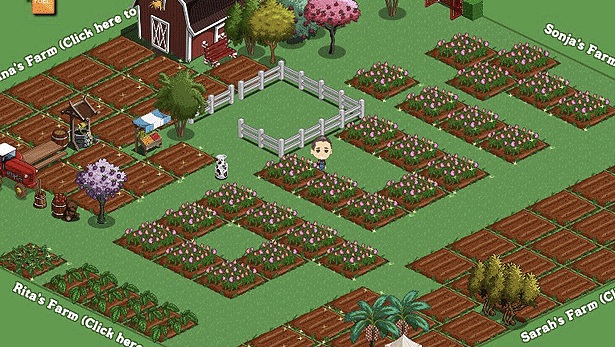 Ethics in videogames is a big, scary topic. Ethics? I mean the ways designers are using compulsion to entertain players and also to extract time and money from them.

It’s a pity, then, that the level of discussion around videogame ethics is so poor. Like this article, for instance. Written by iOS developer Benjamin Jackson for The Atlantic, which really should know better, it’s a very compromised piece.

I should note that it’s an excerpt from a longer article that’s to be published elsewhere, but this is a standalone piece that will probably more widely read.

Taking it blow-by-blow, we have an introduction that relates FarmVille players with rats in psychology experiments, an emotive and barely illuminating introduction to the science of compulsion. This is a fascinating and complex part of the puzzle and deserves far more careful examination.

We then get what should be the meat of the article, a list of bad things that the evil FarmVille, Tap Fish and Club Penguin do – criteria for what makes an ‘evil’ game. But not one is fully examined:

And then somehow America’s Army gets invoked because it’s used as an army recruitment tool, despite it having no relation to any of the criteria.

An idea of where this article is coming from is revealed when Tetris, Sword & Sworcery EP and The Legend of Zelda are denoted as ‘good’ games, as opposed to FarmVille’s ‘evil’. So, respectively, that’s the universal gaming exemplar, the brave indie darling and the classic gamer favourite. Each, more or less (Sword & Sworcery, cough), is a totem for people who have a long-term love for videogames – and presumably this writer is one of them.

As am I. But Jackson isn’t doing enough to understand why people who aren’t like us would want to play FarmVille. Surely that’s a big part of the whole subject? And I’d say a large proportion of keen FarmVille players don’t want to play Zelda because they’re alienated by some of the intrinsic qualities that make it so good – its level of challenge and being written in arcane videogame language.

Moreover, we get no analysis of why Tetris is “complex and enriching”, compared to ‘evil’ games that are based on similar design principles. Judging by Jackson’s criteria, Bejeweled Blitz would seem to fit – I’d rather like to read how they compare. I’m not questioning the conclusion, just how Jackson came to it.

“Value is created in different ways for different people,” he says later, but again, he misses an opportunity to examine the spectrum. Instead, he presents a rather unwieldy verbatim quote from a Zynga staffer and massages another into meaning that the staffer sees “one of the most compelling parts of playing Zynga’s games is deciding when and how to spam your friends with reminders to play Zynga’s games”. A bit over-reductive, I’d say. A better idea would surely be try to understand what’s going on in a Zynga designer’s head. Are they so cynical?

I don’t want to come across as defending companies like Zynga (lord, no), nor to bash Jackson’s motivations and ultimate opinions. I think this is a laudable conclusion:

…it’s our responsibility as creators and consumers of games to demand more honest and fulfilling fun from our entertainment.

Perhaps his full piece will, but in this article Jackson offers too little insight into how we might do this, or what this aim really means.

All this is a bit rich, coming from me, of course. Shouldn’t I be commissioning or writing what I’m demanding? Yes, I bloody should.