A history of haunting 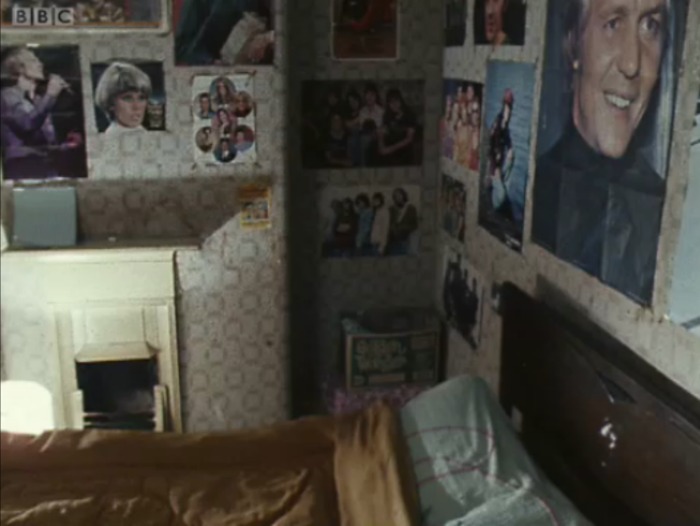 A ‘psychical’ investigator on BBC Nationwide in 1977 attempting to get rid of a poltergeist haunting the above room of a house in Enfield.

Documentary maker Adam Curtis wrote a blog post just before Christmas about the changing depiction of ghosts and hauntings on BBC TV, tracing the way during the 1970s it moved from ancient piles to suburban homes, bringing the haunted house from the aristocratic to the domestic.

The 1977 Nationwide film made famous the Enfield house it featured, but for Curtis:

“It is possibly the best evocation of the mood that is at the heart of all these film reports – a transformation of the dull interior of an ordinary suburban house into an intense psycho-drama where even the most mundane of objects, in this case a Lego-block, becomes possessed by an inner destructive force.”

It’s a great read. Curtis’ work might be somewhat formulaic and ripe for parody, but it’s still rarely less than fascinating and surprising. And his BBC blog manages to capture a lot of the detail of his films, peppered with archival BBC footage. Actually, to call them blog posts kind of misrepresents their actual effect. With each video at least five minutes long (one nearly 30 minutes), digesting them in full takes a long time. They’re mini-documentaries, really.

The house in Enfield inspired Ghostwatch, which was one of the TV highlights of my teenage life. You totally had to be there for it to have had any significance – broadcast on Halloween 1992, it was a special, apparently live, report from a house reputedly haunted by a poltergeist. Not knowing anything about it, I didn’t realise it was actually a drama until everything went to hell at the end. Even then, it remained supremely spooky. Curtis knows why, noting:

“[TV] possesses our imagination more powerfully precisely because we don’t know what is real and what is not.”

To you Mr Pipes might just sound ridiculous. But even today the name for me still sparks a little of the shock of watching that programme.