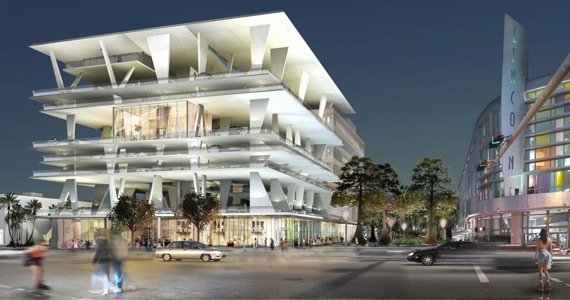 Multi-storey car parks aren’t commonly beautiful places. They usually sit as ostracised blocks in the city, rough and slitted concrete walls facing the outside like the those of a gaol; an ugly and barely tolerated necessity of urban life.

How to redefine the multi-storey car park? If you’re stern Swiss architect Herzog & de Meuron, you try to invite the city into its structure, rather than close it off. 1111 Lincoln Road is a newly opened car park in Miami, situated on the border of its social downtown heart and its suburban sprawl. 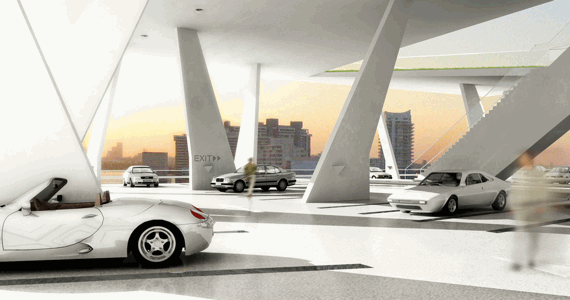 Its angled concrete columns support floors uncharacteristically open to the balmy climate; inside lie parking spaces and an enclosed shop, with retail units layering the ground level, and condos at its side. If you’re inside, the structure’s geometry ascribes inclusive views of the city, according to Financial Times architecture writer Edwin Heathcote. And he says that it works the other way, too:

“The idea is to create a series of layers that extend the public realm up into the building, to attract events, parties and life into the structure. Both architects and developer see the structure as an experiment in a new kind of downtown transport architecture, a building as exciting to enter as to emerge from, blinking into the Miami sun. This may be optimistic, but it’s a good story.” 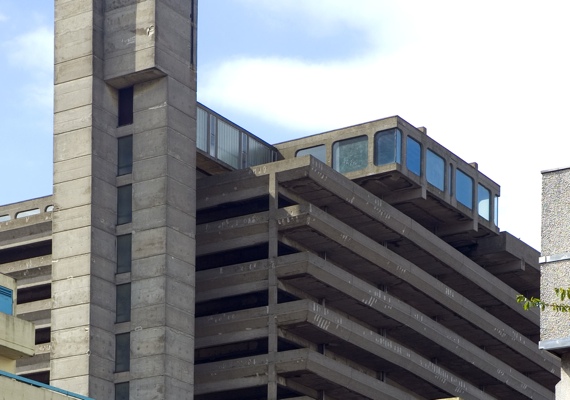 Not that this ideal hasn’t been attempted before. Gateshead’s Trinity Square was built with a restaurant on its top. Now it seems an incredible - and doomed - gesture of pride at the ideal of harmony between the motorist and the city. Its top levels have been closed since 1995, a decline that’s due in part to changing car access in the city centre. But the seed of its demise was surely more deeply planted - it was featured at the end of Get Carter in a scene in which it was implicated in the activities of a corrupt local businessman. That’s the usual image of the multi-storey - an embodiment of the unethical and sinister side of the city.

1111 Lincoln Road presents a different reading of the role of a multi-storey car park, even though it’s an idealistic if not fantastical one for most urban realities. It requires additional height to accommodate the numbers of spaces most car parks require and desirable shops to act as conduits between itself and the social, cultural and economic life of the city. But then, it’s also good to see a celebration of something otherwise so shunned.